[Interview conducted through e-mail between February 2009 and April 2010, initially published in the third issue of the zine L’œuf ou la plume?, Multi BD bookstore (Brussels, Belgium). First English publication on du9.org. With some exclusive ‘extra  content’ at the end of this new publication.] 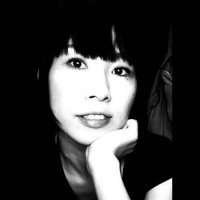 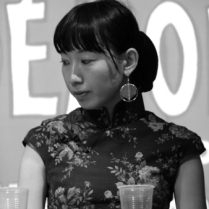 After having published her first stories in the Kinderbook (English edition) collection and having collaborated with Frédéric Boilet on Mariko Parade (English edition), the talentuous Takahama Kan seems to have reached her full maturity in L’eau amère, in which she unveils the complexity of human relationships through difficult but also oddly endearing break-ups. With 2 expressos (French edition), she follows up with her first longer story, published in Casterman’s Écritures collection.

NICOLAS VERSTAPPEN : You are considered, along with Taniguchi Jirô, as one of the most “European” among Japanese artists. You are also connected to the French comic scene through your collaborations with Frédéric Boilet. And still, I think that there is something deeply Japanese in your work, a very special atmosphere that reminds me of Ozu Yasujirô’s movies, which can be summed up in the mono no aware. Your stories are at the same time funny and sad, contemplative and passionate, and sometimes displaying something I can only describe as a “deliberate resignation”.

TAKAHAMA KAN : I’m not sure I have this feeling of mono no aware, because I am a person of the 21st century (laugh). But my sensibility developped in my native country island of Amakusa. Amakusa is the one of the first sites where the catholics landed and settled in Japan. This lead to several religional conflicts between the buddhist government and the people there, most of them being poor farmers. There were many casualties, leading to the creation of several myths not unlike that of Bernadette in France. Of course now this island is really a calm and peaceful place, with beautiful nature. It is not poor any more, but my island is still habitated bya sad atmosphere. I think my melancolic mood comes from there.

And, in addition to this history, I have Attention Deficit Disorder and as well as strong Seasonal Affective Disorder (I think you call this “winter blues” in Europe). So my emotions frequently change from upper to downer, happy to sad, or the reverse. The succession of the four seasons in Japan can be hard on mental conditions — even the light-hearted Brazilians get depression here !! I think this is what evoked the mono no aware for you… 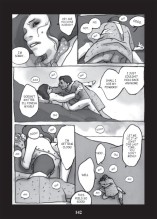 NV : In the introduction to your story in Casterman‘s Bang ! #2, the term “anti-osharé”(“anti-poseur”) is linked with your work. How do you feel about that ?

TK : When I wrote that story for Bang !, Japan was emulating European culture in very unsubtle ways. For instance, videogames like Final Fantasy only featured characters with occidental faces and hair. It was the same with fashion magazines, with only foreign and mixed models. No short feet, no slanted eyes… Everything was “respect for Europe”. Come to Japan, come to Shibuya, and you’ll find many many bleached girls with blue contacts. This movement was “fashionable” (“oshare” means “fashion”), and it spread to comics too. I thought it was wrong. Of course disguise can be funny, it’s true. But…

Time has passed. Now we are starting treating our culture in a better way. People are getting to understand we have to create our own originality. Even if our complex towards Europe is still very present…

NV : Where do the roots of that complex lie, in your opinion ?

TK : Mm, the roots… Well, one reason goes back to losing World War II, and the opening of the country to the West in the 19th century as well. This is old history, but people still remember that. We tend to beautify episodes during the war, even though we know that waging war is bad. I think it’s our way of not wanting to think of World War II as only a period of wasted time with Japan as the “enemy of the world”. This kind of problematic relationship between winner and loser is always difficult to solve. 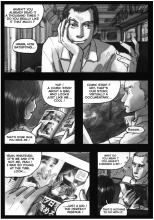 NV : Getting back to your work, in Bang ! #2, you mention many artists. How did you discover the works of François Schuiten, Joann Sfar or Frédéric Coché (and his angels) ?

TK : I visited the Angoulême Festival in 2003 and met many artists there. I got the idea to write a story about Angoulême at that time. Frédéric [Boilet] was in favor of this idea and gave me advice. He also found me a magazine to publish in (that was Bang !).
My first impression seeing Frédéric Coché’s book was amazement. I still remember that.

NV : You also seem to have been attracted by the “Nouvelle Manga” manifesto by Frédéric Boilet.

TK : Amnnn… yes, I think it is appealing. The “Nouvelle Manga” is like this. When I met Frédéric, I was having problem with some major publishers in Japan. So I was touched when I read his manifesto.

NV : What kind of problem were you facing ?

TK : Well, the major Japanese publishers often intervene too much. On story, on drawing… because they want to get big sales. But this process sometimes impact the author’s motivation. I didn’t want to write the usual touching story, I wasn’t drawing big-chested lolitas, so I couldn’t carry on working with them.

NV : L’eau amère and Kinderbook were first published in magazines. Was it a good or a bad experience ? ?

TK : The stories in Kinderbook were published in the magazine Garo. Some of the short stories in L’eau amère appeared in the magazine Erotics F.
Writing stories for a magazine is an interesting experience, more than a straightforward publication I think. Because in a magazine, a whole range of readers (and not only my fans) are exposed to my work. And of course you get paied twice (laugh). But at the same time, you have to respect each magazine’s own set of rules.

NV : Garo is considered as the greatest alternative Japanese magazine in Europe, having published artists like Tsuge Yoshiharu, Tatsumi Yoshihiro, Maruo Suehiro and so many others. Was is something important for you to be published in this magazine for your first stories ?

TK : Garo was great, but they faced many problems during several years before they stopped completely. They didn’t pay me. So it was not so much of a good memory. But I am still grateful for them for picking me up.

NV : Were you influenced by artists published in Garo ? What about others ?

NV : In L’eau amère, sensuality is more present than in Kindebook. Did your work with Frédéric Boilet on Mariko Parade influence your way to see and approach erotism ?

NV : 2 Expressos is a comedy and you’re planning to do a tragedy next. Do you like playing with genres ? Are you afraid to get stuck or bored doing only one type of book ?

TK : Mm, actually I don’t care about genre so much. But certainly I would be bored doing only one genre. I am bit afraid it may be a kind of routine — at least for me in 2010. I don’t know if it may be change in future, I have no idea. But I want to always keep a fresh outlook on my work. 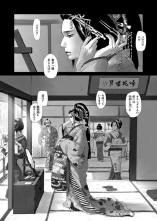 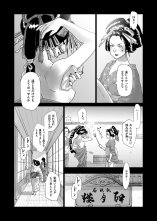 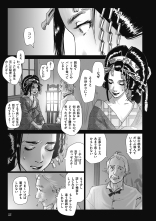 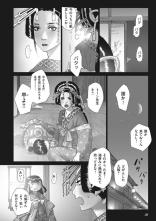 NV : Is it exact that Casterman is your first publisher for 2 Expressos ? Is there a Japanese version being published first ?

TK : Casterman is my first publisher. They offered me directly.

NV : Does working on 2 Expressos for a French publisher change your way of approaching your work ? Did you envision a different pace of story as your first audience would be European and not Japanese ?

TK : I didn’t change anything for European readers. Because human emotion are the same in every country. I realized it when I wrote the short story for Bang ! in France. For making 2 Expressos, I was thinking of all my readers, European and others (including Japanese).

NV : 2 Expressos is a 200-page story. Is it difficult to start a long book after having done short stories ? Any pressure about it ?

TK : Mm, I thought that I couldn’t draw well under pressure. But now I know that such negative thinking was caused by depression. After recovering, I began drawing without any problem regardless of the situation. I plan to start my new project soon, but first I’ll grant myself a small vacation before (laugh).
Now I’m feeling really well ! I want to try anything, like exploring the Amazon, or touring the Silk road on a camel… having no depression is wooonderful !

“The most luxurious comic book in the world”, ‘Ballon de Cartier’ published for the new watch “Ballon Blanc” by Cartier (with Kan Takahama, Nadja, Posy Simmonds, Rébecca Dautremer, and Floc’h) 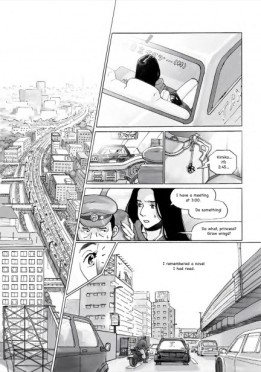 “The most luxurious comic book in the world”, ‘Ballon de Cartier’ published for the new watch “Ballon Blanc” by Cartier (with Kan TakahamaNadja, Posy Simmonds, Rébecca Dautremer, and Floc’h) 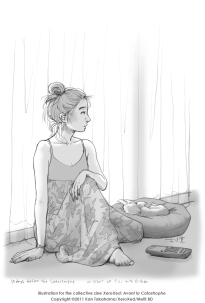 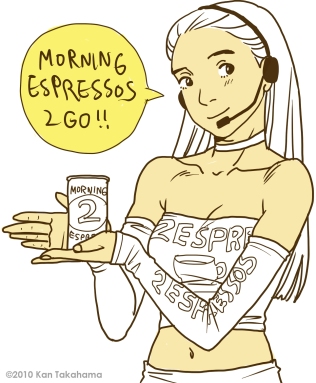